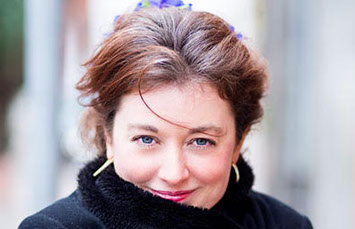 Géraldine Naus has a talent for music, piano and singing that she mixes with her passion for Alexander technique. At the Royal Conservatory of Mons she obtained a Bachelor diploma in singing and piano (Thierry Migliorini and Dalia Ouziel classes respectively), and was given the master's degree diploma at the Royal Conservatory of Brussels (classes by Christine Solhosse, Marcel Vanaud and Laure Delcampe).

She then continued her learning with Michèle Massina (singing and MLC-Méthode de Libération des Cuirasses) and with Malcolm King (bass-baryton) in Paris.

With a strong motivation to deepen the relation between the body and music, she obtained the title of professor of Alexander Technique in the Alexandertechniek Centrum of Leuven in 2016, after 3 years of intensiv training.

Aside, she has participated in master classes with the soprano Cheryl Studer and the tenor Jean-Paul Fouchécourt in the repertoire of opera. And with the singers Christianne Stotijn, Ann Murray and Thomas Allen along with the pianist Gian Ponte with whom she has performed in numerous concert halls in the repertoire of French lied and melody.

Furthermore, she has sung the roles of "Vierte Magd" in the Elektra opera by Strauss, Contessa, Fiordiligi and Donna Anna in operas Le nozze di Figaro, Cosi fan tutte and Don Giovanni by Mozart, Mélisande in Pélleas and Mélisande by Debussy, and pieces such as Sequenza III of L.Berio and Aria of J.Cage.

Géraldine Naus combines the accomplishment of her musical career with her passion for teaching to students of all levels.